From ancient times, people who lived in both the East and the West shared a great interest in relating and listening to stories. These stories were handed down from generation to generation orally, and later evolved into great children's literature. Stories that existed orally were absorbed into the Jataka Tales. They were originally in Pali verse, but later elaborated as Jotaka Atthakatha and translated into Sinhala. All these tales were well known in India, but after being translated to Sinhala, became stories of Sri Lankan Buddhists. No other book has influenced Buddhists in Sri Lanka as much as the Jataka Tales. People gathered in hundreds at the temples to listen to the Jataka Tales. These tales depict the life of a Bodhisatva. Therefore, all virtues that should embody a noble character, such as energy, firmness, wisdom, loving-kindness, generosity, and honesty, are give prominence in these stories. These tales not only increase the wisdom of the reader or listener, but also help to discipline and inspire him. In Sri Lanka, many Jataka Tales have been dramatized and illustrated as wall-paintings in temples.
In Delightful Tales, many Jataka Tales are simplified so that children of all ages can read, listen to, and understand them. From five hundred and forty-seven tales, I have chosen twenty-one stories that I believe will trigger the imagination and interest of a child. They deal with animals, human beings, and sometimes even supernatural beings. The animals are very human in their approach to life. Every tale carries an underlying message, though it may not be emphasized. I hope every reader, whether young or old, will enjoy reading these stories as much I as I did writing them.

Precious Tales I and II

Precious Tales I and II are about the Buddha's mission of compassion in this world and the way he dealt with the problems of all beings.

These stories are illustrated and written in simple language so that children will be able to read and understand them.
Posted by Ayya Sudinna at 10:25 No comments: 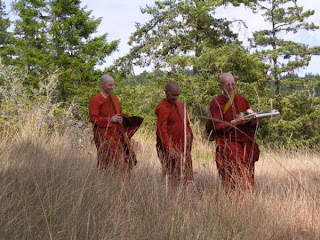 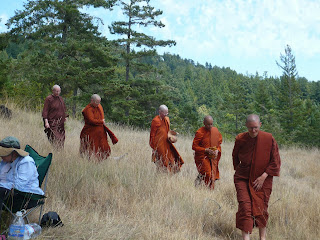 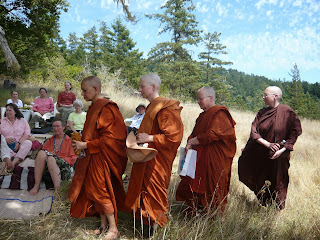 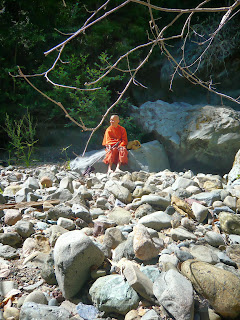 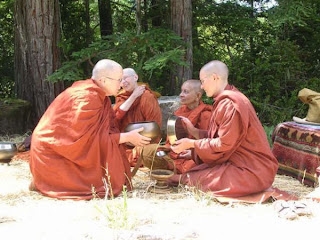 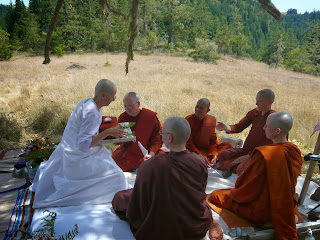 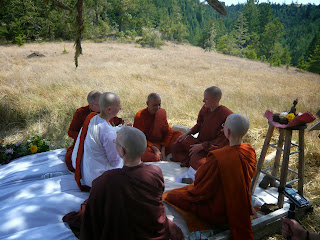 Posted by Ayya Sudinna at 10:22 No comments: 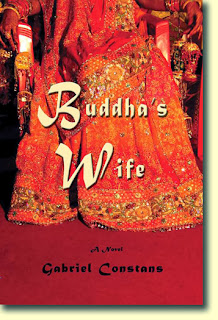 The dedication says: “In honor of Yasodhara... and all women throughout history who have been minimized, ignored or solely remembered as an appendage to their family or spouse...” Has Gabriel Constans by writing this book “Buddha's Wife” actually honoured the women that he mentions here or have they been reduced , transformed to a state of “reductio ad absurdum”? It was the title “Buddha's Wife” that made me notice this book when I picked it up from the shelf. Did Buddha have a wife? Who is the Buddha? Why is he known as the Buddha?

Another writer- Radhika Abeysekera- writing on Yasodhara in her book “Relatives and Disciples of the Buddha” says: “the relationship between Yasodhara and Prince Siddhartha was long and deep-rooted... she aspired to be his consort and help mate and support him actively in his quest for Buddha-hood.” (chapter 4 Relatives and Disciples of the Buddha). Excerpts from Ranjini Obeysekera's “Yasodhara” are especially meaningful today for they clearly demonstrate Buddha's compassionate and non-discriminatory attitude towards women in general and Yasodhara in particular. “The Theri Yasodhara.... went to see the Buddha and said... Great Hero I apprise you- when I was travelling through Samsara if I have done you any wrong, forgive me.” The Lord said “There is no woman comparable to Yasodhara in this entire Buddha era. This revered person is one who has the knowledge to see uncountable eons of past lives. She has acquired the Divine Eye and Divine Ears and has the unique and special powers of sight and hearing. She has extinguished all defilements. She has arrived at the summit of the Three Kinds of knowledge. She has super-normal powers not second to the Buddha.... She went to the nunnery and that night attained Nirvana they said... Later the Buddha with a host... performed the funeral rights... the Buddha... had a Stupa constructed... offered flowers and lights...” (page 79 Yaso Ranjini Obeysekera). Buddha himself declares the greatness of Yasodhara Theri and also says that her powers are similar to his, which is a great compliment, appreciation and admiration of all her sacrifices and love and shows the high degree of eminence in which he held her. In Obeysekera's “Yasodhara” we see the actual final realization of a glorious life. Yasodhara, whose life has inspired many women throughout the world, stimulating many poetic and artistic creations, is sainted by the Buddha himself.
The Buddhist world would condemn this book of Gabriel Constans for it's resonance of evil and unscrupulousness. The message it conveys to the non-Buddhist's would be detrimental, for they may not be able to trust or have confidence in the Buddha or his Teachings. Perhaps, the sole purpose in writing a book of this nature may be to achieve such an outcome. One thing is clear, and that is Gabriel Constans has committed much “bad kamma” for himself and all those who may gain or benefit from the proceeds of selling this book.

Posted by Ayya Sudinna at 14:34 No comments: 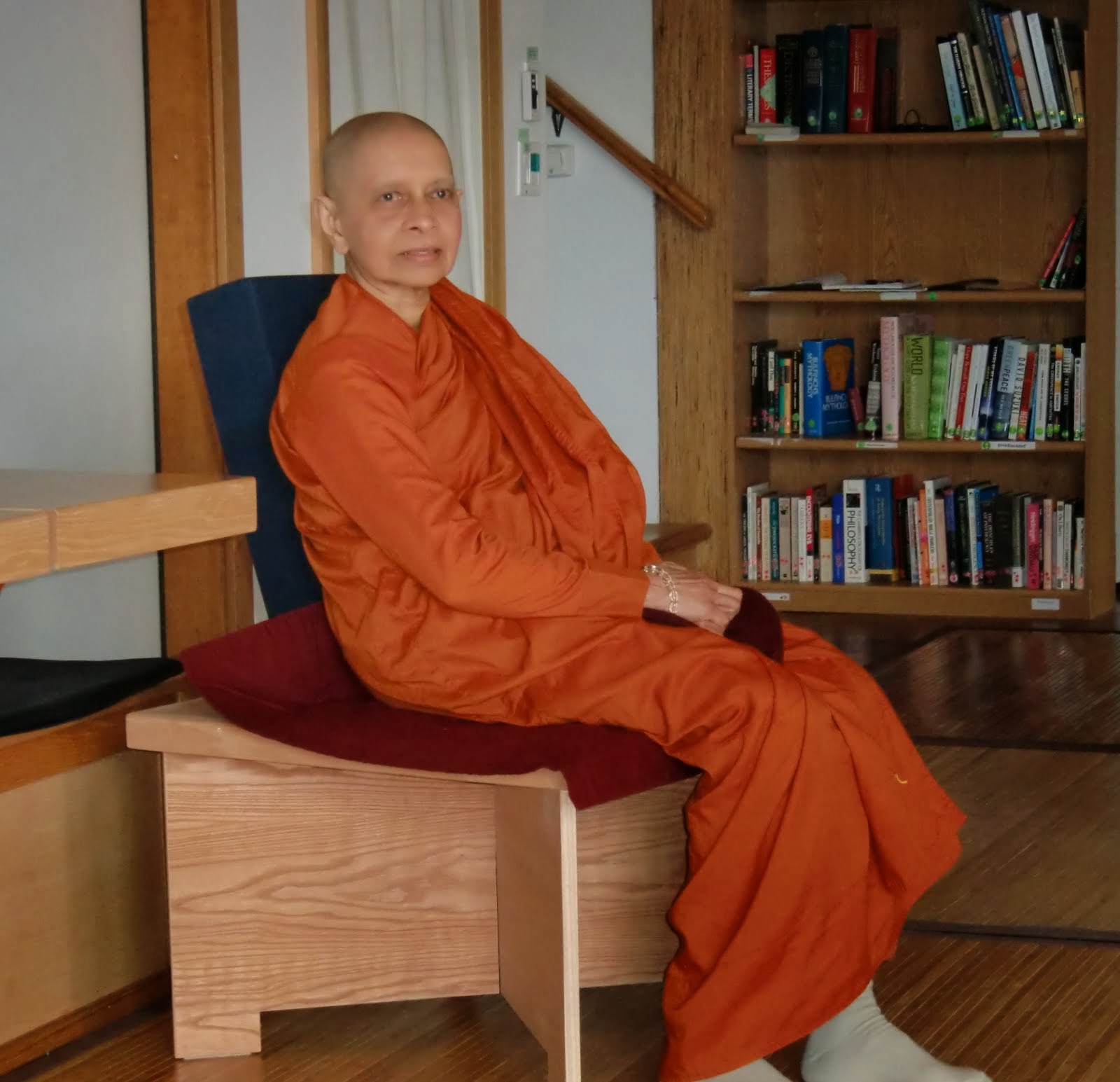 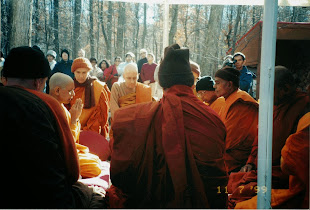 A Sri Lankan by birth, Ayya Sudinna was ordained as a Novice Buddhist Monk (Samaneri) in 1999 by Bhante Gunaratana, the Sanghanayaka of the United States, at the Bhavana Society, West Virginia. She received Higher Ordination (Upasampada) in 2002 in Sri Lanka. In lay life, Ayya Sudinna served as a teacher in Government schools and as a lecturer in English at the Government Teachers Training College, Maharagama, and later under the Higher Education Ministry in Sri Lanka. She has an honours degree in English and a M.A. in Buddhist philosophy. She is the author of three children’s story books titled "Delightful Tales," "Precious Tales I," and "Precious Tales II." Ayya Sudinna currently resides at the South Carolina Buddhist Vihara and Meditation Center.